I am not too much of a movie buff…..I mean I watch movies but I would rather go out of my way to avoid them.(My best friend/flatmate on the other hand lives, breathes and dreams movies….I think you can guess what we fight about the most!) I do not like television and only form of creative visual media I really really like is Theatre. I love it…the booming voices, the minimalistic sets (I mean there is only so much you can do with your background when your audience is staring at it!) and of course the acting – a very erudite friend once told me that acting on stage is far more difficult because there are no re-takes; you get it right or you don’t get it right; however at the same time the actor often derives a high from his audience who is sitting right in front of him and from whose expression he can fathom the quality of his performance as he performs.

Anyhow, this weekend I went see an amateur production of Mario Pruzo’s The Godfather. It was a great production and the entire ensemble did justice to Mr Pruzo’s work.  However as I watched the play, a realization dawned on me that while I love plays and dramas, I must confess, I really get a kick out of musicals! (I can see Euripides turning in his grave! Did he have a grave? How did the ancient Greek dispose their dead body…must Wikipedia it!!!) I know that musicals are not perhaps the epitome of highbrow culture; most of them have weak plotlines, but boy!! They are ENTERTAINING!!!! 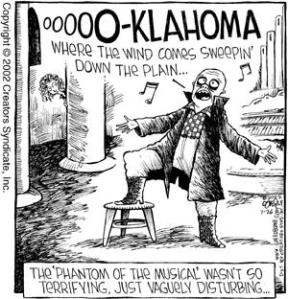 I think I can blame my love for such ‘common’ form of art on my mother. (I can see her raising her eyebrows and saying in a soto voice “Yes dear! You can always blame everything on your mother. I believe it’s the “in’ thing!) But seriously, my love for musicals stems from my mother, who is a trained Classical singer and for many years had performed live. As far as my memory goes, I can remember her trying to inculcate the love of music in me. It was a great disappointment to her to know that I had no musical capacity – I could not sing and I could never manage an instrument. It was only when she saw me become a proficient dancer (I trained for 22 years…one by force has to become proficient after that!) that she decided I was a worthy daughter. But this maniacal focus on songs and music that my mother imbibed in me and the love of dance that I have, would naturally lead me to love the form of theatre that combined both these elements at its very core – musicals!

I was only 4 when my parents took me to watch “Sound of Music” and my life would never be the same. I think I have watched this production both on stage and the movie more than a 100 times. I have been told it’s a clichéd choice and the work really does not merit any marks on intellectual creativity and ya da ya da ya da! I do not care. It remains without comparison my all-time favourite. Of course, since the age of 6, my tastes have evolved and my list of favourite musicals has grown – The King and I, South Pacific, West Side Story, The Phantom of the Opera, A Chorus Line, Fiddler on the Roof and Hairspray. I love the grandeur, the ta-da effect, the hundred odd dancers lifting their feet to the same tune at the same moment. It’s just an overpowering experience. 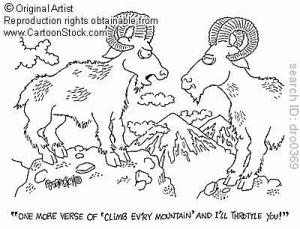 Musicals have evolved since they first made their appearance in 1860s and a lot is due to the Irving Berlin, Richard Rogers and Lorenz Hart and Leonard Bernstein, but of course my favourites, Oscar and Hammerstein. (Yes! I know I am going for the clichéd) I know many scholars and theatre enthusiasts have claimed that with the introduction of Oscar and Hammerstein works, the musicals underwent a revolution.  The song and dance routine was combined with tight cohesive plot, which in many cases dealt with serious subjects like spousal abuse in Carousel! Or the struggle to bring modernity in a land steeped with superstition – The King and I or even the concept of inter-racial marriage – South Pacific. But it might be my hypocrisy but when I watch these musicals, I never watch them as political/social drama. In fact that is the last element when I want to judge the merit of the musical. Something like Carousel, actually scores low in my list as does the concept of education overcoming the defects of a low birth …remember My Fair Lady (Yes! I know the original idea was Pygmalion by the one and only G.B.Shaw, but I guess some subjects make better plays than musicals). That’s not to deride the merit of any of these works…..but for me, give me a song with 100 dancers with some snazzy moves in gorgeous costumes and a plausible storyline with a happy ending and that is the quintessential musical that I love. Thank you Roger and Hammerstein for enriching my life!